You are not connected. Please login or register
Go to page :

The Legend of Zelda: Breath of the Wild 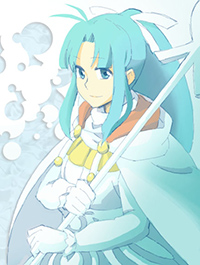 Re: The Legend of Zelda: Breath of the Wild

I didn't buy either of the DLCs until now, but I absolutely adored the second one. The new quests are a lot of fun - the first quest was wonderfully challenging, without being unfair about it. The later ones were a lot easier, but still fun to figure out. The new dungeon was also fun to play through, it's rather streamlined but its mechanics are neat and so is the final trial. But more importantly, it delivered on my expectations, which was story. The new cutscenes are neat additions that add more information where it was missing, and the new dialogue was great.

Normally I'm sceptical when it comes to DLC, especially in Nintendo games, but I had a great time with this one. It's fairly short, but the playable content is fantastic and so are the story additions.
_________________
"And the person who says that the only way to please them is to restrict options for others is, if you ask me, the one who deserves it least."
queenzelda

Re: The Legend of Zelda: Breath of the Wild

Has anyone here seen the awesome mods for the WiiU/PC emulated version of BotW? I have & OMG: <3

These two are my top favorites.


I plan to try the Batman out the gate once I get everything ready to try it out. xp